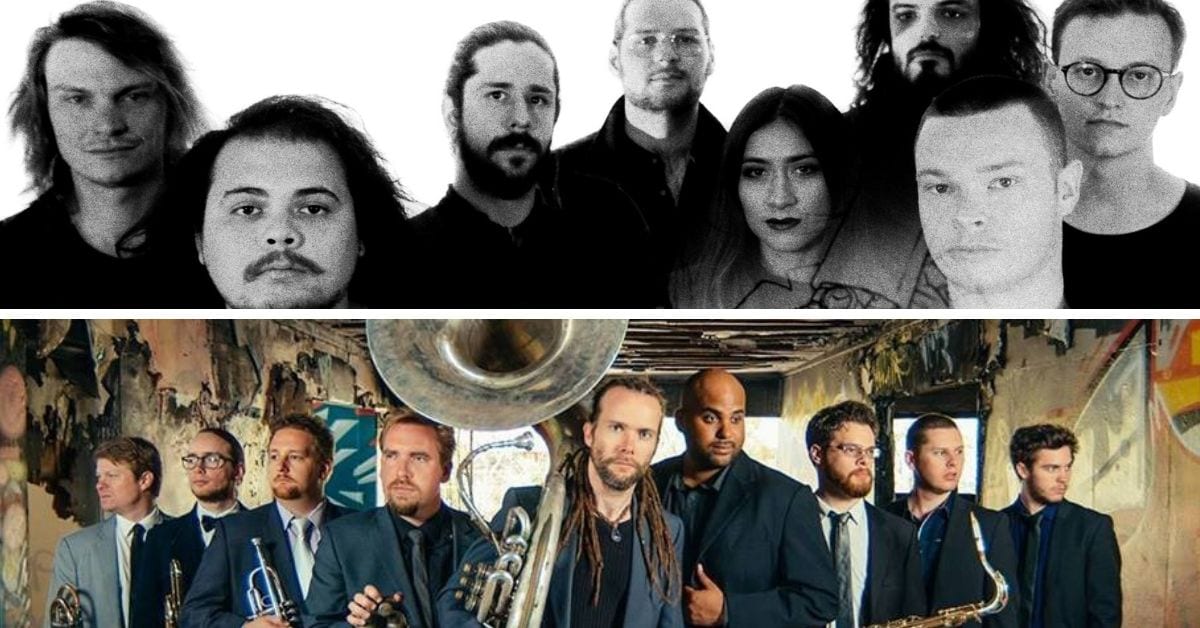 A ten year anniversary isn’t complete without good company to share it with, and that’s exactly what Brisbane legends Boss Moxi will be doing as they announce fellow local juggernauts, Bullhorn, as the final support act for their 10TH Anniversary Show at the Triffid on 27 September.

Known for teeing their expertly crafted music with heavily stylised visual content that makes for a multi-sensory, immersive experience, Boss Moxi have left their mark on the stages and minds of Australian audiences since their inception in 2009. With a shared vision to go above and beyond in all they do, the band are thrilled to have all-round entertainers Bullhorn on board for the show.

“Bullhorn are the billboard band for hard working brass groups in Brisbane and throughout Australia,” said Boss Moxi vocalist and guitarist, Brayden Doig.

“They’ve made such an important mark and influence on other brass fuelled bands in Aus and while remaining musically relevant and insanely engaging have survived the recently passing electronic age. Boss Moxi is so incredibly excited and honoured to be sharing the stage with so much human energy and talent. These two band’s who’s set will run aside each other on the night will aim to showcase of some Brisbane’s truly weird and wonderful and most perseverant and prized local performers.”

The nine-piece, dynamic nu-wave brass band join already announced acts Requin and Great Sage for what’s set to be a melting pot of sights and sounds that honours both the old and new elements of their shared music scene.

“Requin have come so far in so little time and are made up of younger musicians who show an insane amount of maturity in the music they make. It was important for us to make sure the younger, recent sounds of Brisbane had a place on this line-up. Great Sage bring a theatrical element to the stage, inviting you on a some kind of interplanetary experience. We love that there are other groups in Brisbane trying to evoke another worldly experience with their music and are super excited that The Triffid is a stage they can do it on.”

Featuring all the immense full-scale live show elements Boss Moxi are renowned for, fans should expect the unexpected when they take to The Triffid stage in September. The anniversary event will showcase cuts from debut album Oddball alongside new single Her Majesty, the first taste of their forthcoming multifaceted narrative album Egotoxin, which acts as 60 minute musical accompaniment to a 124 page graphic novel illustrated by Brayden.

“Her Majesty, is a snapshot from one of the most energetic parts of Egotoxin; much like ripping a scene out a of a feature film. As far as it being true to Boss Moxi’s sound, Her Majesty certainly gives the listener a good taste of Egotoxin.”

The yin to Boss Moxi’s yang, the icing on their delectable celebratory cake, Bullhorn and Boss Moxi are a match made in 10TH Anniversary Show heaven, and we can’t wait for this show-stopping date!

Tickets to Boss Moxi’s 10TH Anniversary Show at The Triffid on Friday, 27 September featuring special guests Bullhorn, Requin and Great Sage are on sale now. Boss Moxi’s new single Her Majesty is out now ahead of their forthcoming album Egotoxin.