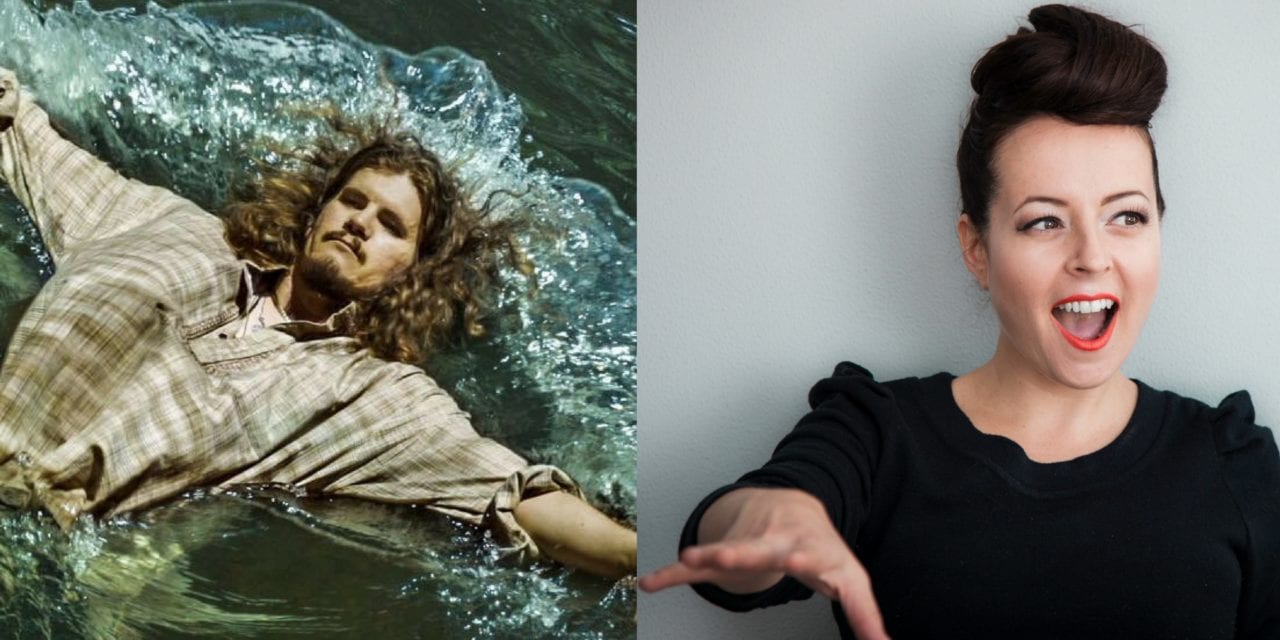 In 2016, Byron Short & The Sunset Junkies rocketed to #3 on 4ZZZ’s Hot 100 and Francesca de Valence conquered the Itunes charts. Now these two Brisbane stalwarts are teaming up for an out-of-this-world double single/music video launch at Black Bear Lodge on 24 February.

“I felt out of place and disconnected with the cookie cutter music scene over there and searching for answers at the bottom of a bottle. The young man’s dream was the hope that somehow shone through.”

The accompanying music video directed by Daryl Irvine, which will premiere on the night, reflects the ying-yang style dark and light concept of the song.

“The music video plays on the whole ‘dream’ element of the song in a surreal way. Nothing is as it seems – in fact, it’s almost always worse! Our dream verges on nightmare throughout the film. Just wait ‘til you see the water nymphs…”

Starring alongside Byron in the video is award-winning Brisbane pop songstress Francesca de Valence who lent her stunning vocals to the track. She’ll also be releasing her new single Yellow and accompanying music video at the launch. An upbeat and catchy-as-hell summer hit about the sunny side of love, the single is a new take on the original track featured on Francesca’s debut album Own Self.

“The radio release of Yellow is something quite unique and different for me and features hip hop artist, Megalodon, in a remix of the track,” said Francesca.

Rounding out the line-up for this unforgettable night is Brisbane folk gem Boatkeeper. He’ll be celebrating a birthday on the night, as will Byron. Byron and his Sunset Junkies will also kick off their Young Man’s Dream East Coast Tour, which will see them play Sydney and Melbourne for the first time.

With two single/music video launches, two birthdays to celebrate and a tour to kick-start, punters will be treated to multiple, simultaneous parties for the price of one!

Be blown away by three of Brisbane’s hottest acts and grab your ticket to Byron Short & The Sunset Junkies and Francesca de Valence’s Double Single Launch on 24 February at Black Bear Lodge. Tickets available HERE.