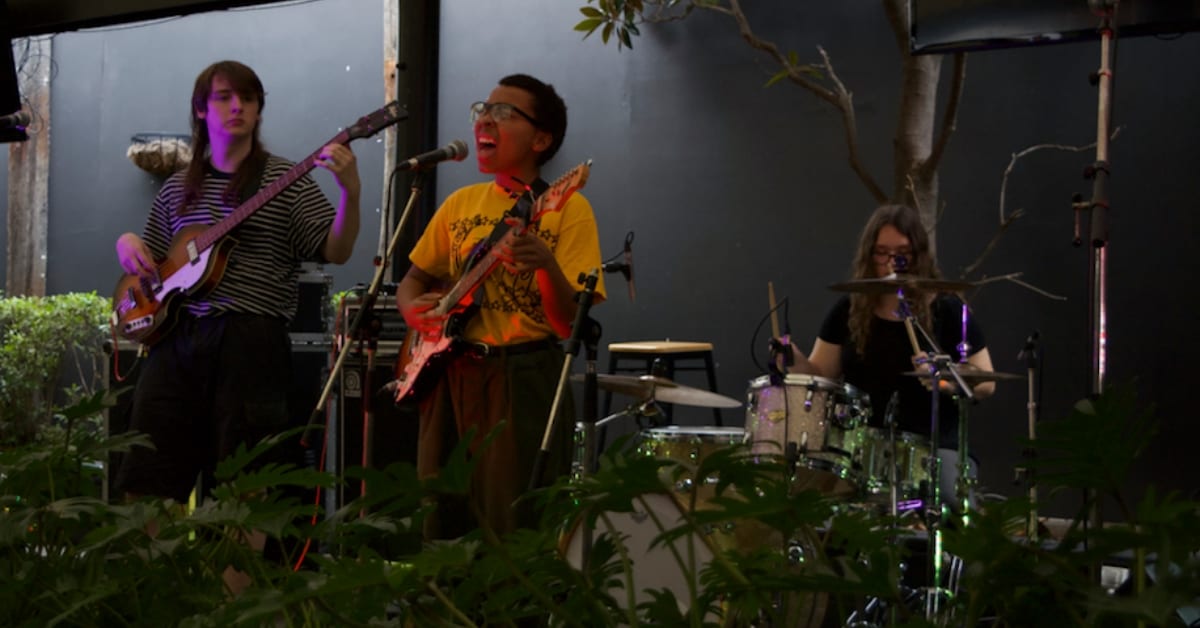 Sending out hazy summer vibes like a sprinkler in full swing, Elder’s debut EP Cyril is a nostalgic, jangly-rock trip due to grace airwaves this Friday, 21 December.

Influenced by modern psychedelic and indie-rock bands such as The Babe Rainbow, King Gizzard and the Lizard Wizard, this Brisbane trio have created a laid-back, albeit brilliantly layered sound on Cyril that’s best enjoyed inside, seaside and anywhere feel-good times reside.

Initially attracting the attention of venue bookers when Violent Soho shared a busking video of Elder front-man, Matt Burton, playing one of their songs earlier this year, these new kids on the block have kept the momentum going opening the 2018 Sonic Masala Festival, appearing on 4ZZZ and teeing up with local label Valley Heat Records to release their debut EP.

“It’s been quite a crazy first year,” said drummer Talia Bond, “I don’t think any of us expected to be here releasing an EP.”

Wholly recorded and produced by the band, Cyril is a DIY feat that captures their live sound and future musical direction.

“Cyril really highlights our unique sound and shows our development throughout the year. The first three tracks are more contemporary while the final two, Reve and Sun Movement, are instrumentally and technically driven and more indicative of the sound we’re looking to pursue.”

“We’re really happy with the final product and are super excited to finally have it released.”

Cyril will be released via all digital platforms and a limited run of cassettes, courtesy of Valley Heat Records, at the end of this week (just in time for Christmas!!!), with a launch show to follow in the New Year at The Milk Factory on 5 January.

“Aside from the already fantastic lineup with Leavings, Lying Down and Requin, we’re looking forward to playing some new material and will have some limited-edition tapes of Cyril available for purchase. The show is also Tom’s birthday and my last show with the band before I leave for the UK for six months so it’s going to be quite the celebration!”

Soak up your new summer soundtrack, and wrap your ears around Elder’s debut EP Cyril, streaming exclusively on MIMM (below).