Exclusive: The Double Happiness Surf Us Through Their Debut Album Track-By-Track 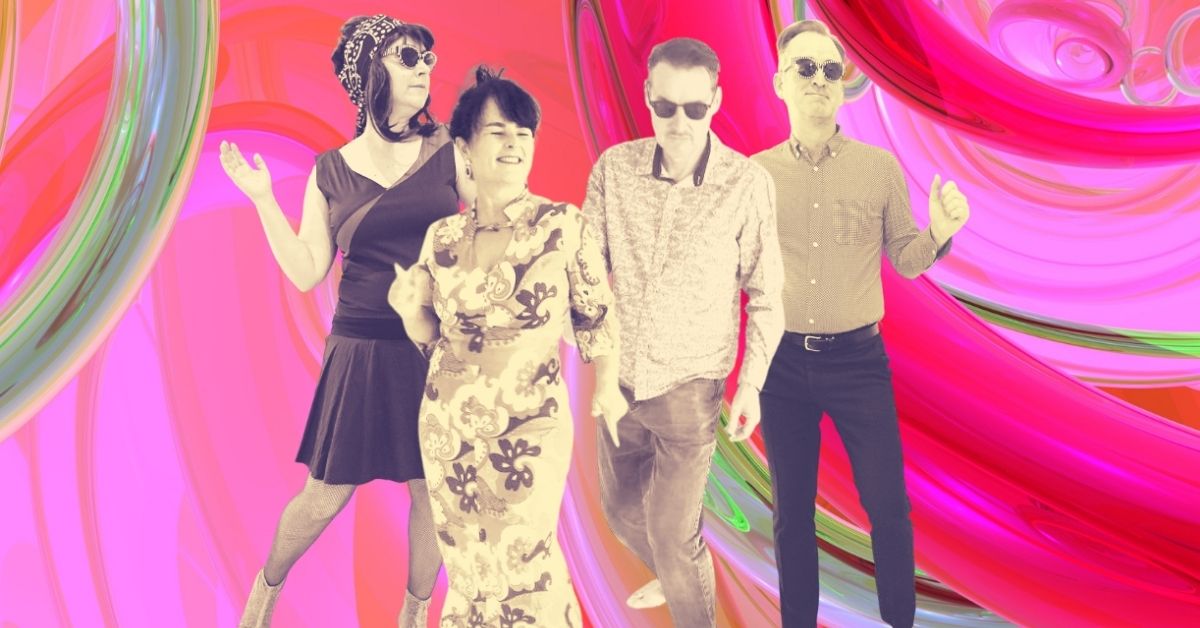 Brisbane’s favourite shoegaze and indie surf quartet, The Double Happiness, have been making waves in the local scene with a tsunami of groove-inducing tunes, and now fans can enjoy their sun-soaked gems all in one go on their debut album Surfgazing, which they’re here to ‘surf’ us through.

Described as a reverb-drenched ode to afternoons spent sun-kissed and wave-side, Surfgazing features popular singles Wild Bikini, Coochiemudlo and Oysters Can Dream, along with seven more glorious tracks that will have fans of acts like Pixies, The B-52s and Brisbane’s own The Go-Betweens feeling like they’ve entered a heavenly shoegaze love shack.

“There is a strong undercurrent of surf guitar on all our tracks,” said guitarist and vocalist, Kristin Black. “But some answer the call of the waves more than others. Wild Bikini harkens back to 1960s B-grade Beach Party movies and sitcoms, think Frankie and Annette meet I Dream of Jeannie whereas Oysters Can Dream swells in shoegaze trippiness.”

Comprised of two couples who love to infuse quirky musings and local sentiments into their musical numbers, The Double Happiness’ Surfgazing is sure to inject tingles of joy and wonderment into any occasion.

“These guys have packed so much into this album’s 40 minutes,” said John Russell, manager of 4000 Records. “One minute you’re at a ’60s beach romp, the next your Doc Martens’ are stomping through the concrete jungle to the pummeling rhythm of an ’80s post-punk bass-line and then you’re swept away to a tiny island shoreline and being beckoned by psychedelic sirens and a thousand kaleidoscopic jellyfish.”

Giving us a glimpse into the minds and methods behind the music, here’s The Double Happiness to ‘surf’ us through their debut album track-by-track.

‘SURFGAZING’ TRACK-BY-TRACK BY THE DOUBLE HAPPINESS