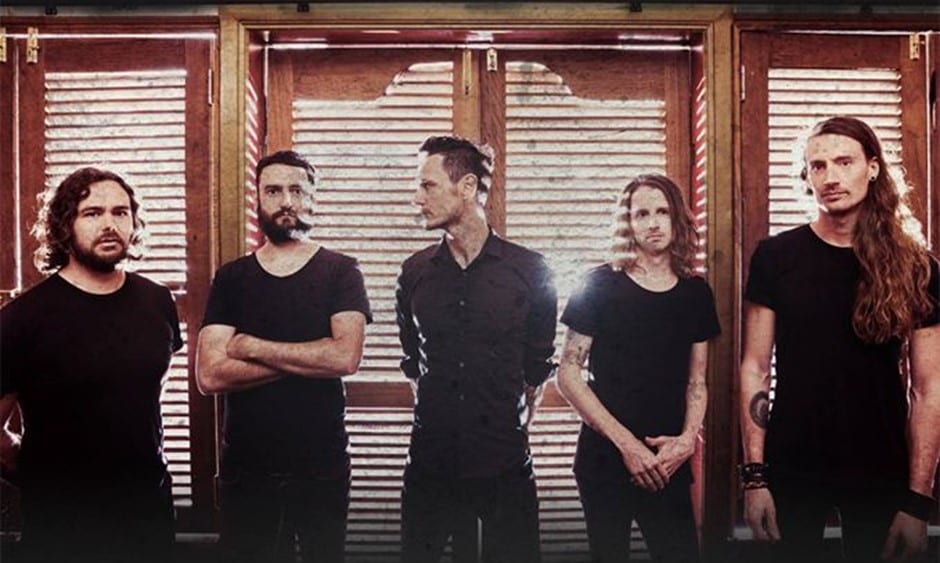 With rehearsals done and dusted, and bags packed, Brisbane rockers Dead Letter Circus have travelled to the other side of the country to kick off their month-long national tour.

Releasing their third studio album Aesthesis in August, the band are psyched to be taking their new music all over the country with fellow Queenslanders Guards Of May and US mates 10 Years.

Striking the perfect balance between following the “DLC formula” and exploring exciting new territory, Aesthesis has been embraced by fans, with the tour set to go off with a bang. Having added ten new songs to their catalogue, bass player Stewart Hill says choosing the set list for this month’s tour was tough.

“For us, the set list has to flow like an album flows, except we’ve got three albums and a couple of EPs to choose from now. So it’s been a fine art balancing the old music with the new,” he said.

“I’m looking forward to playing new songs like In Plain Sight and While You Wait. I’m also hoping Silence will have a nice intimate vibe when we perform it live.”

It’s going to be an action packed month for the band who will play 16 shows across the country in 24 days, wrapping up the tour in Brisbane on 24 October.

“Playing to our hometown is always fun. Everyone always loses their shit in Brisbane – it’s pretty awesome! A lot of our friends come out to the shows and I think that makes it even more fun.”

“In any city though, we’ll always go out and have a chat before and after the show – so we’re making friends everywhere!”

Solid effort! To avoid serious FOMO, make sure you book your tickets to see Dead Letter Circus when they roll into a city near you, here.

Q: What are three things you can’t live without on tour?
A: A shot of whiskey before the gig, a beer after the gig and a towel.

Q: What tunes will you be listening to on the road?
A: I reckon the new ‘Bring Me The Horizon’ album it’s pretty good, and we’ve also got the Guards Of May and 10 Years albums to listen to – we’ve got them on the road with us so we’ll be listening to their albums and then seeing them play live.