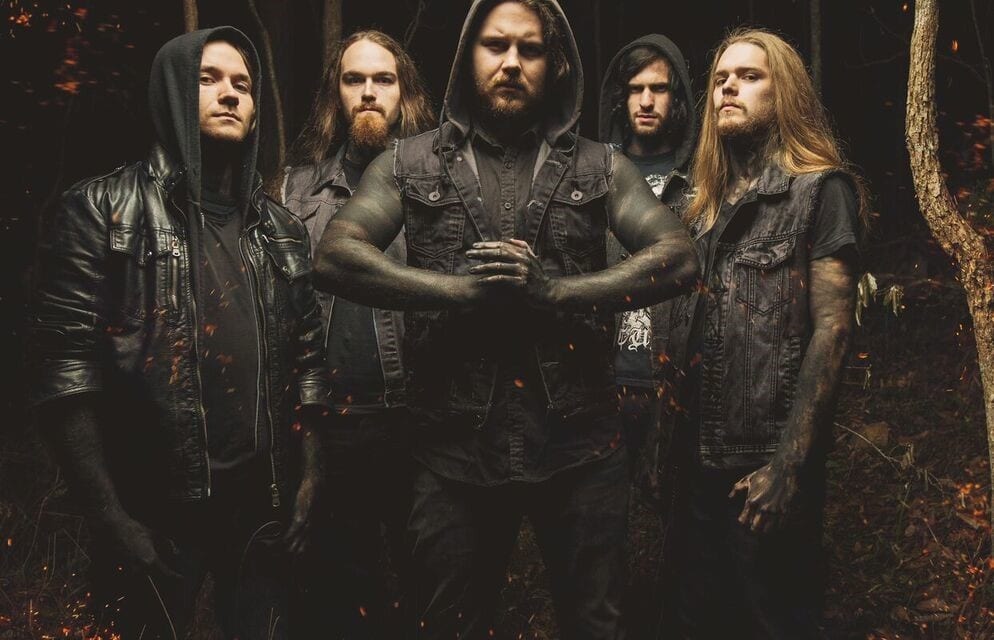 With a tonne of new gear in tow for their reworked live show, Brisbane death metal legends Chronolyth are ready to launch their sophomore album Atrophy at The Brightside this Friday night.

Inspired by the likes of Behemoth, The Acacia Strain, Lycus and A Day To Remember, Chronolyth’s Atrophy is described by guitarist Ben Constable as a “cross-pollinated record that will keep listeners on their toes.”

Taking an all-in approach to song-writing, the band went through some minor disagreements and plateaus before (thankfully) breaking their writers block to complete the record.

“We approached this album as a group of guys trying to write the best music we could. We went through a lot of minor disagreements and periods where we just couldn’t come up with anything tangible,” said Ben.

“In the end, we just said ‘fuck it’ and sat down with a few beers, a few guitars and a laptop. That’s how we ended up writing a lot of the songs just by hanging out as mates, and jamming things out.”

The first track to break the writing drought was lead single Ascension – a radio-friendly song that addresses the hypocrisy and abuse of power within the Catholic Church.

“Abuse of power is a recurring theme throughout the record, as are the themes of ignorance, decay and apathy. With the state of the world today, we wanted to create a record that tackled current issues head on.”

To celebrate the release of Atrophy on Friday, 29 April, Ben says Chronolyth will be playing their “best live show to date” at their album launch party at The Brightside. The show will mark the beginning of the band’s national album tour which promises to be memorable.

“We’re really working on making our live show one that everyone remembers. We’ve got a whole new batch of merchandise too and of course a whole new albums worth of songs to play live which should really get the crowd pumping!”

When they’re not testing the boundaries of their amplifiers onstage, the boys will be surfing, fishing and four-wheel driving around the country. They’re also looking forward to hanging out with fans and hopefully squeezing in a brewery adventure during the tour.

For an unforgettable night, make sure you get along to Chronolyth’s album launch party at The Brightside this Friday night, 29 April or catch them at a show on their Atrophy Tour (all dates here). Atrophy is out this Friday, 29 April.