Brisbane Rockers The Iron Eye Are Just Getting Started 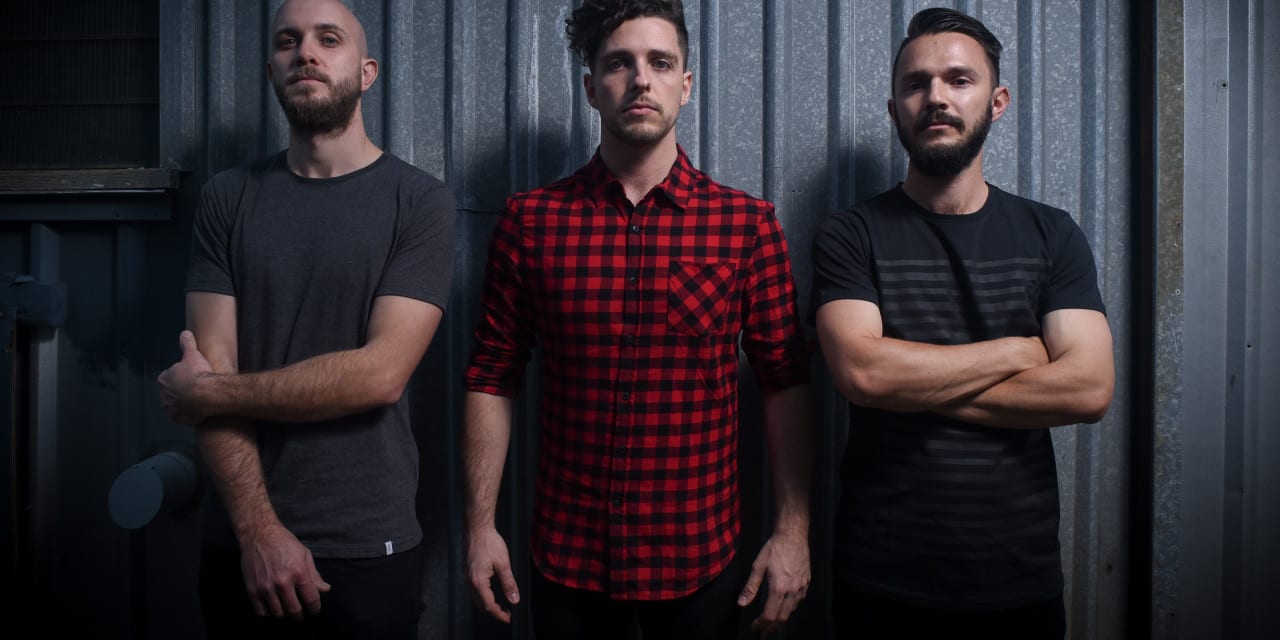 From pooling their shrapnel together to buy value-pack cans of baked beans to transport failures and having their home-studio computer catch on fire, Brisbane rockers The Iron Eye have been through some character building experiences since forming in 2012.

The trio came together with the joint vision to create energetic songs that would be worth listening to more than once. Over the past four years they’ve not only achieved that goal, but also built a solid following, opened for the likes of heavyweights Shihad and evolved as song-writers and performers.

“These past few years we’ve really learned how to write and play together properly. Our songs are slightly less intricate and frenetic than they used to be, even though we’re better players now. We’re trying to create a unique vibe with each song, something that you can get lost in, like a fat groove or a motif that sucks you in rather than a flurry of intense parts competing for attention,” said vocalist and guitarist Nick Lethal.

Their new single Just Started is a testament to just how far they’ve come. It’s been heralded as a sexy, slamming rock song infused with RnB flavours and has a lyrical storyline that will bemuse Tinder users and all those Bridget Jones and Michael Sera sympathisers who fumble over their dating lives.

“Just Started is based around the experience of having just met someone who you’re very eager to impress, even if you suck at impressing people, which is a constant theme in my life.”

The band’s upcoming EP Foreign Bodies, which was inspired by the likes of introspective artists like Artic Monkeys and Jeff Buckley, follows in similar vain. All of the songs on the record comment on a specific type of relationship, from a new, blossoming love interest to people detesting each other.

“Foreign Bodies is a quasi-­autobiographical account of the past few years of my life and my experiences with various people. That’s why I chose the title ​Foreign Bodies, it works on a lot of different levels; becoming attached to someone you just met, or not knowing who a person really is even though you’ve known them a long time, along with not even knowing yourself sometimes.”

Fresh from returning from Melbourne to record the EP, the band will be unleashing their new single Just Started at Crowbar this Friday night. They’re looking forward to playing some old and new tunes, and developing their sound further on their new record.

“We’ll never stop trying to improve ourselves and our music. We always want to keep our music fresh and engaging.”