The Brisbane Music Scene Is Thriving: A Chat With Music Is My Muse Editor Mimm Steele 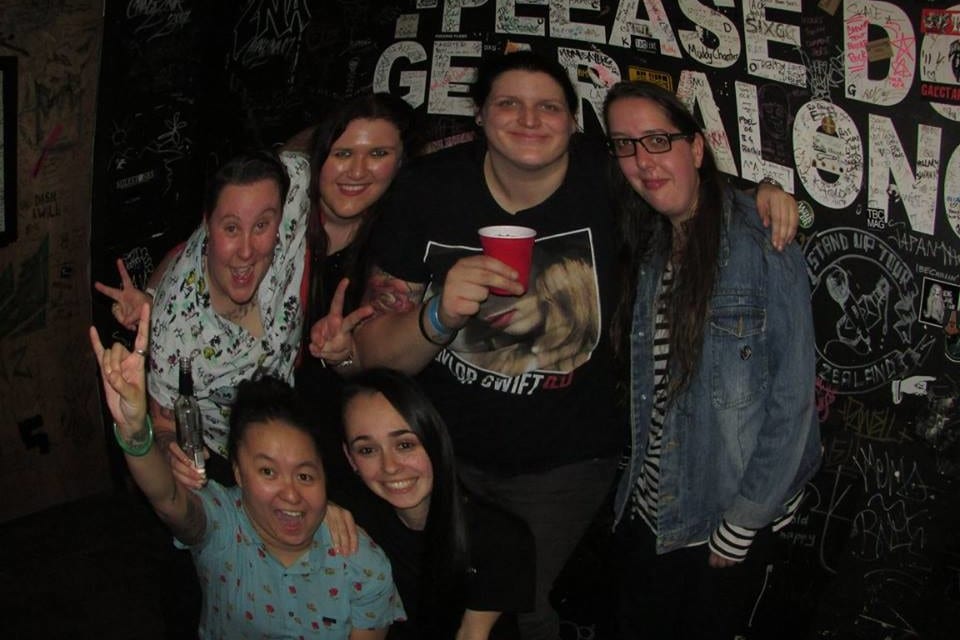 It’s been a year since Music Is My Muse launched with the vision of bringing Queensland music to the masses. To celebrate a whole twelve months of promoting local music, Editor & Founder Mimm Steele sat down with Moist Promotion champ Dean Hamilton to chat about the local music scene, founding MIMM and how the music industry can better support up-and-coming artists.

Moist Promotion: So MIMM is a year old now – congratulations! What are some of the more memorable moments from the past 12 months?

Mimm Steele: So, I did a joint business launch with my friend; she launched a content marketing company at the same time I launched MIMM and we had a business launch party at X & Y Bar in the Valley last July and we probably had about fifteen people, so going from that to MIMM’s first birthday party which had nearly two hundred people, that’s one of the recent highlights.

I also got to interview Boy George’s back-up singer, Dee-Dee Foster when they came to town – that was a pretty big highlight. Her publicist e-mailed me and I was like “how did they even find my little news website?” and so I got to interview her and that was pretty cool and then I went along to the Boy George show and that was fun. It had me wondering how they found me so I googled my keywords and found out MIMM was on page one of Google so that was another highlight.

MP: So your impressions of the local music scene are positive?

Mimm: Oh yes, I think so. There’s a lot of talent in Queensland. I work with Queensland artists, mainly from Brisbane and I think the scene is thriving, There’s definitely no lack of talent. We do need to work on helping our artists more as an industry though.

Mimm: Well, I try to get up early but that doesn’t really happen (laughs). I’ll check my emails in the morning which is a bad thing to do because it side-tracks you. Sometimes I’ll write two or three articles a day, sometimes it might just be one. I might write some interviews and do some social media posts and on the weekends I try to go out to gigs. It varies because I’m pretty spontaneous.

MP: What inspired you to start MIMM, writing about bands and writing in general?

Mimm: I’ve always loved music; music is my first passion. I studied Public Relations at University and crossed into the journalist role. It started back in 2010 when I was working with a band called Streamer Bendy, one of my all-time favourite bands. They were really talented and really could have pushed into the mainstream but no matter how hard they tried there was just no push-through so I saw them struggle and I asked myself “Why is no one paying attention?” So that seed was planted six years ago and when I was doing PR on of my lecturers suggested I start my own blog because my style of writing suits blogging. That sat in my head for about three years until I left uni in 2014 when I was going to start an events company and have a music blog as my hobby. But I love music so much I decided to start a music blog focussing on Brisbane because I love trawling the internet for local bands.

MP: So you would agree then that while there’s plenty of local talent out there which is evident in MIMM’s articles, getting noticed is the hardest thing to do for local bands and that there is a need for education around this?

Mimm: Definitely. I think a lot of bands struggle and musicians are there to make music, that’s what they love doing but in this industry they’re also tasked with doing their own promotion and management which in an ideal world they shouldn’t have to do. As an industry we should be supporting musicians because for them it’s really hard to approach a media outlet directly; they ask “What do I do?”, “What do I send them?” and I know some editors that get between two hundred and three hundred emails a day. Getting into someone’s inbox and getting read is really hard.

MP: What might that point of difference be from your perspective? If a band is going to send something how do they get it read?

Mimm: I think an EPK (Electronic Press Kit) is really important. I’m pretty lenient with Music Is My Muse because coming from a publicity background I understand all that and keep that in mind when an artist sends me something and I’ll work on that with them. With music blogs you have to present it to them all in one email – whether you send a press release and attach your EPK everything should to be in that email. And if you include links (to your website, social media pages etc) make sure it’s up to date because I know a couple of editors that will delete an email if they can’t find what they want. Definitely put everything in the one email and try to keep it short.

MP: Finally, what kind of feedback are you getting from the bands that you write about?

Mimm: The artists are so lovely. Quite a few artists have emailed me saying that they love the way their piece has been written and some have said “You actually get what I’m all about” which is always nice. I get a lot of positive feedback but what I love the most is when I write about an artist for the first time and then they contact us again further down the track because they feel comfortable with us – that’s the best!

MP: Thank you for speaking to Moist Promotion!

Music Is My Muse celebrated their first birthday in style at The Zoo on 6 August. Check out all the party shots here.

This Q & A originally appeared on Moist Promotion’s Facebook page.