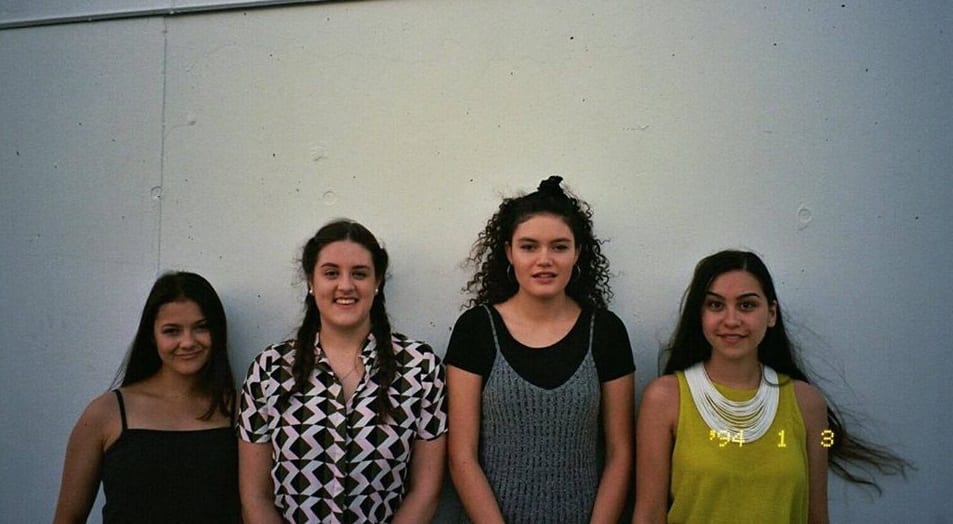 Blending eclectic influences into beautiful neo-soul flavours, Brisbane’s Pink Matter are four girls on a mission to set the world on fire.

With a stint at Brisbabes under their belts already, the band’s vision to be an empowering female force in the local music scene is well underway.

“Playing Brisbabes and celebrating women in the Brisbane music scene has definitely been one of our favourite moments,” said lead singer Kerry Raywood.

“Our experiences in the local scene have been great so far. Brisbane’s music scene is filled with so much variety, it doesn’t feel like there’s much pressure to fit into a certain genre. Everyone’s very accepting.”

Since forming last year, the girls have been working towards cementing their sound, drawing influence from bands like Flight Facilities, Hiatus Kaiyote and The Internet. As they all listen to quite different artists individually, they have a mixed bag of sounds and genres to draw from in their own song-writing.

“When we come together to write it’s a combination of all our influences. Since we’re still trying to find our sound, we’re bringing lots of materials to the plate to spark new ideas.”

“We’ve recorded some demos but won’t be releasing any music until we’re certain of our sound. We are working on an EP this year though, which we’re excited about.”

Kicking off 2017 with a show alongside fellow Brissie babe Ladi Abundance last week, Pink Matter have their sights set on playing more gigs, securing festival spots and collaborating with other artists.

With a dose of girl-power and dazzling tunes, Pink Matter are rising stars to put on your radar!