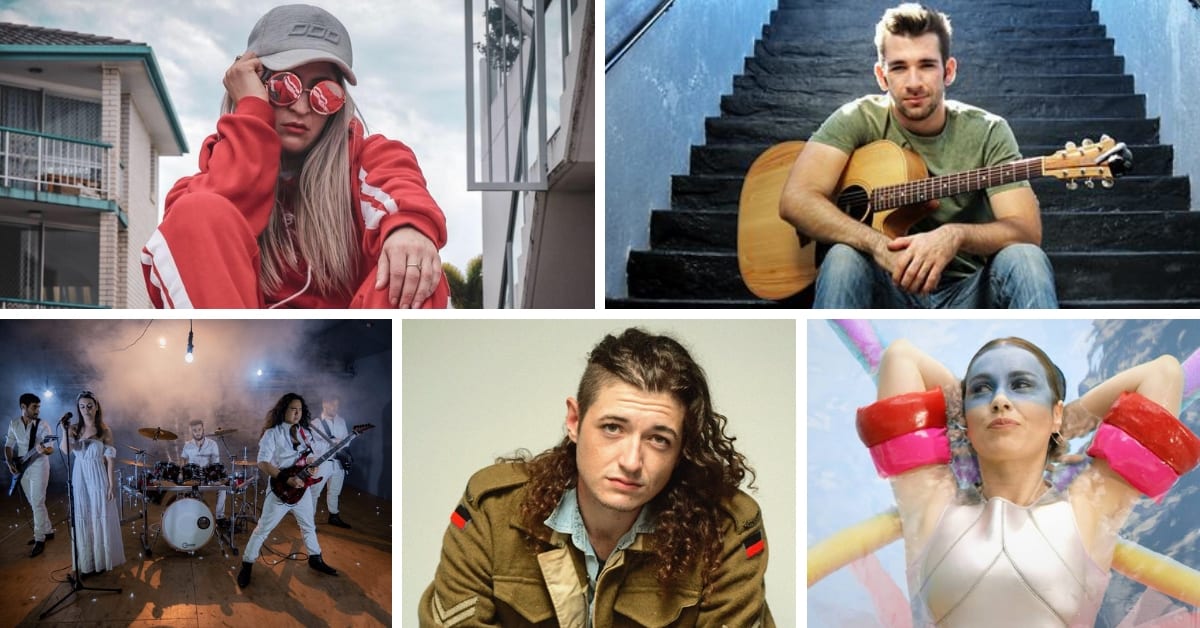 In this week’s Better Than Netflix, we’ve scoured the internet for recent videos by QLD artists that accentuate the various landscapes that surround our lives – yep, we’re going deep! Each of these five videos uses the natural and manmade environment to convey a myriad of emotions, showing the physical and/or metaphorical journey, we as human beings, take. Get ready to put your mind into deep dive mode and press play…

Matt Turner’s Wander is full of circumlocutory camera pans, great panoramic landscape shots and traveling motion sequences. The way this video was shot really conveys the song’s story, taking the audience on a journey with the songwriter. Each segment starts and finishes with the singer on his stool, guitar in hand, bringing home the lyrics that “not all who wander are lost.” Matt Turner knew exactly where he was going with this video clip.

Fantastic landscape shots interspersed with close up footage of a storm brewing makes Aspy Jones’ Hatches music video ethereal. This video utilises the calm before the storm energy keeping the visuals building with the song. A dog is used throughout to represent the construct of depression, flitting in and out of the story – an aspect Aspy included to show that while this feeling may be present in life, it too shall pass. A fitting visual journey that belies a song ridden with hope and optimism for those going through a tough time.

PLAY WITH ME – K MAK (ELECTRO-POP)

Play With Me by K Mak is an avant-garde video for an avant-garde song. This video utilises brightly coloured plastic balls as a metaphor for implements that are played with and possessed. The dancers in the video, go through periods of tribulation, fighting with each other for possession before dancing in harmony, finally free of the burden. The final scene is bittersweet in that they are both eventually captured under the weight of the item they originally craved. Art-pop in it’s purest form.

Be The Change by Licy Be showcases a variety of different people from all walks of life in beautiful sentimentality. Snapshots of each character’s place in the video are overlayed with the lyrics, to make sure the viewer knows the song’s message applies to everyone. The video is stunning in its simplicity, driving home a fun but meaningful sense of individuals awakening to their inner power. A seize-the-day mentality – be the change!

THE MONSTER WITHIN – SERAPHIC (METAL)

The video for The Monster Within by Seraphic uses a simple yet powerful visual technique to represent the warring emotions of being good versus evil. The video shows the band interchangeable in all white or all black outfits, symbolic of the angelic versus devilish parts of themselves. Two dancers in combative choreography also make an appearance, their face paint however, is smeared, indicating that no-one is purely good or bad. A video full of food for thought!