An Artist And An Attendee’s View Of Jungle Love Festival 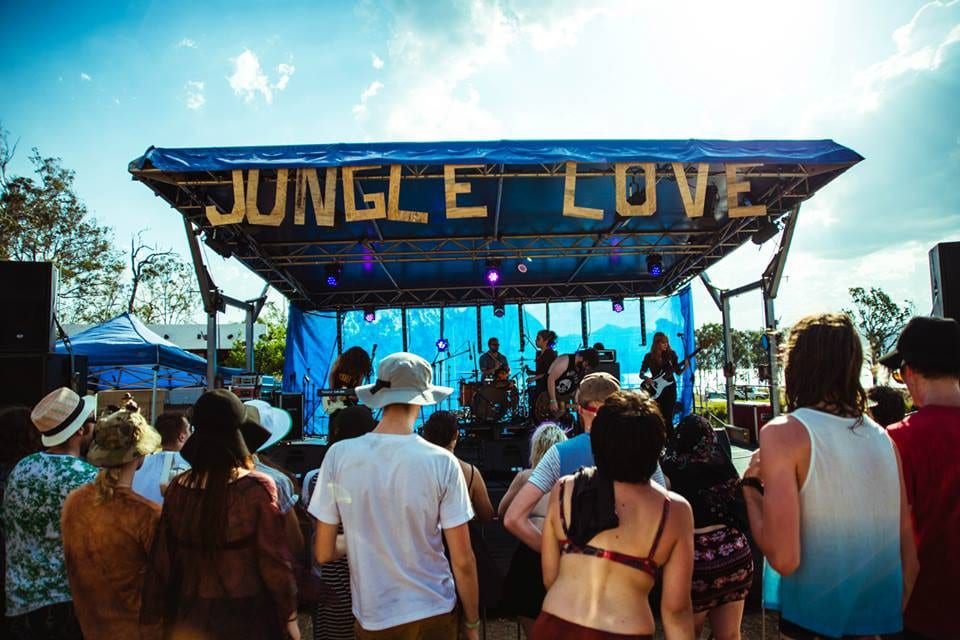 Two weeks have passed, but artists and attendees are still feeling the buzz from Jungle Love Festival. You don’t have to take our word for it though – we’ve enlisted Inigo lead singer Erin Fitzsimon and Jungle Love attendee Zachary Marshall to give you their unique thoughts on the festival. Read on for happy vibes… I really dug Jungle Love. I camped the whole time and I am definitely NOT a seasoned camper. I camped for so long because there were so many great acts that I wanted to see. The vibe was great, the people were kind and the music was REALLY good quality. The genre/style wasn’t pigeon holed to a particular theme, nor was the festival trying to be that next ‘cool’ festival  – it was completely its own entity, and it felt pretty special as a performer to be a part of that. It’s also great to see bands that I hope to see in the massive headlines one day. Highlight acts for me were Baskervillian, Nonsemble and Melbourne band The Cactus Channel. I also got super nerdy and attended the workshops hosted by Music Industry Inside Out, and walked away having a clearer vision for Inigo (which I’m now really excited about)! The car is packed to the brim in a way that reverts people to a Tetris filled, child-like nostalgia. We’re cruising down the Bruce Highway, imagining the weekend ahead, our inhibitions left behind…

As we arrive at the camping grounds the anticipation builds. We start to make our way down to the main stages. The closer I get the more I feel it; the bass rumbling through my feet, the guitar shrouding me in a sea of vibrations, the drums keeping the beat I march to as I slip through the trees and emerge in another world like Edmund through the wardrobe.

To try and fully encapsulate the events that followed is a task anyone who was in attendance will know the difficulty of. Light bounces and shimmers off the trees in hues of greens, blues, and reds, serving as beacons in the darkness as the music guides you through what seems like a wonderland.

One strange thing about the music is that it’s hard to pick an act that stands out. From the funked up brass band hip hop dance party that is BULLHORN to the rocking sounds of Zefereli, Beneb and the Rocket Sox or the psychedelic tunes of Moses Gun Collective, it seemed like every band was perfect for that moment in time and right where they needed to be. The creative energy that was poured through the night sky was transcendent and unlike anything I’ve ever experienced.

Eventually the festival came to a close and we made our way back to our lives with a changed outlook. We all felt something that weekend and we count down the days until we can experience it all again.

Massive thanks to Erin and Zachary for sharing! MIMM loves to spread good vibes – so if you have kind words for Jungle Love Festival, share them in the comments below!