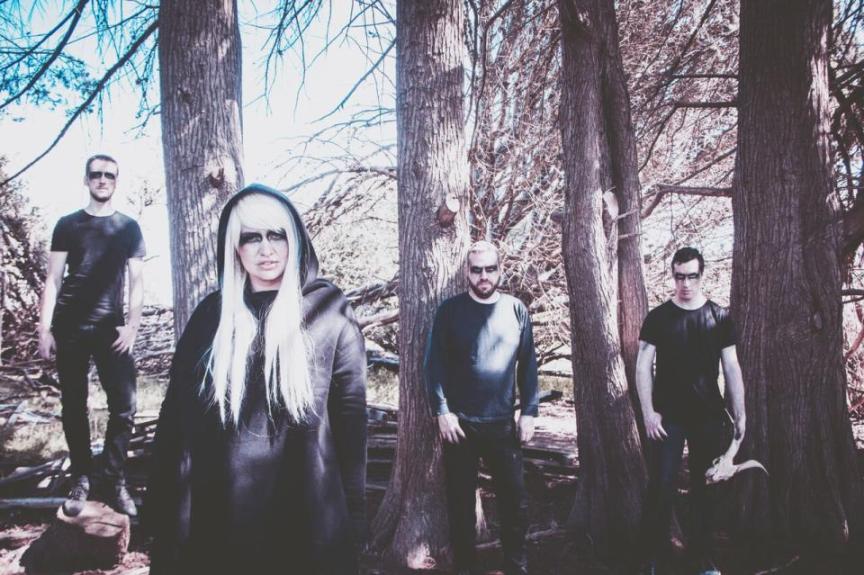 Embodying an ‘all or nothing’ attitude, Acolyte are seeing in the new year with an East Coast tour that kicks off this Friday. With a torrent of hometown shows to their name already, the progressive-metal quartet from Melbourne are excited to be embarking on their first headlining tour.

“This is the beginning of taking our music to new places. We can’t wait to start building our fan base outside of our hometown and with so many cities and towns in the mix it is really is going to be a lot of fun,” said lead singer Morgan-Leigh Brown.

As an entirely independent band who manage every aspect of their music, Morgan says it was a natural step forward to plan their first major tour themselves.

“Putting on the booker’s hat was a very new thing. There are so many more things to consider than I initially thought, but I feel we have put as much into arranging this tour as we have with any other aspect of the band. We strive for absolute quality and expect nothing less.”

Acolyte’s dedication to delivering only the best to their fans, extends to the choices they’ve made on their forthcoming album Shades Of Black which is due out later this year. Two singles, Perceptions and The Message, already released from the album give listeners a taste of the “light, dark, heavy, soft” spectrum of music the band creates.

“Our songs are quite long and differ distinctly from each other. When it came to choosing the tracks for the record we wanted to make sure that the album flowed intentionally from song to song. We actually ended up leaving a fan favourite off the album due to this, but I think listeners will forgive us when they hear the finished product and how well the songs work with each other.”

For now though, the band are gearing up for their biggest show yet, which kicks off in Melbourne tomorrow. With a strong focus on the audiences’ experience, fans can expect to be blown away when Acolyte take to the stage.

“The show will be a perfectly lit, eerie storm, juxtaposed with epic theatrical tones. We have seen people’s faces entranced at our live shows; we want to make sure people don’t want to miss a second of any set we play.”

“It’s all or nothing every time we hit the stage.”

Acolyte’s ‘The Message Tour’ kicks off tomorrow. All tour and ticket information can be found on the band’s website.