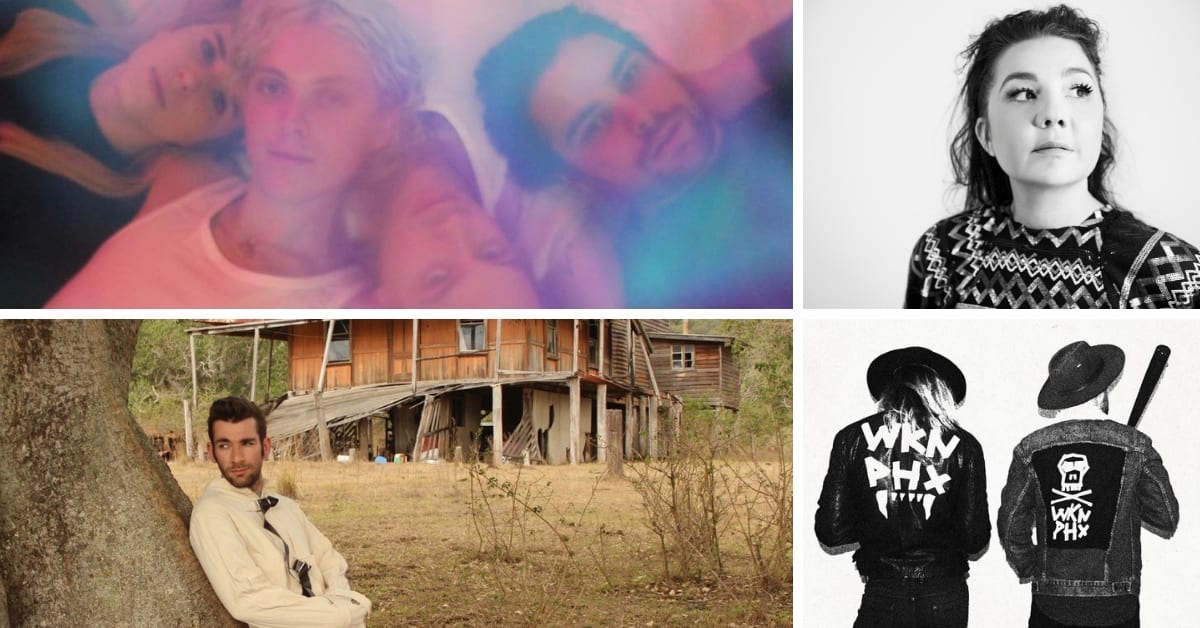 Can’t find anything new to watch on Netflix this long weekend? We’ve got you covered! Here’s four new music videos from local artists that are, in our humble opinion, far better than another rewatch of Brooklyn Nine Nine. From classic rock to chill indie vibes this list has something for everyone.

Sabrina Lawrie’s new single Nopiates breaks barriers, presenting a strikingly honest and personal account of addiction that sensitively addresses the mental health issues associated with the illness. The accompanying music video draws influence from Sabrina’s own battle with painkillers after suffering a serious spinal injury, and her journey to find drug-free pain management. An introspective piece, the video sees the artist seeking a deeper sense of satisfaction and healing, which fittingly ends in a forest, where she appears to find the peace she sought.

Brisbane indie legends Cub Sport have made their directorial debut with the release of their music video Party Pill. The video is a moving tribute to the personal journey lead singer Tim Nelson went on as a teenager when he, and fellow band member Sam Netterfield fell in love in secret. “Sam and I first fell in love when we were 17 but I was super scared of what would happen if I came out and decided it’d be better for us to just be friends. This part of our story had been weighing on my heart for a long time and I’d held onto a lot of shame and embarrassment,” said Tim. Wanting to let those negative feelings go, Tim focussed on turning them into something beautiful. Featuring breathtaking visuals, Party Pill, is a heartfelt tale of finding, hiding and finally accepting love, and letting that love shine.

In November, Aspy Jones released the music video for his single Madhouse, and we’re still hooked. Oozing fun, and catchy-as-hell, Madhouse pays homage to Aspy’s experience growing up in a large, loud family. Channelling old-school Scooby Doo shenanigans, the music video sees the Gympie local playing the fabled madman of a haunted house. However, instead of twists and jump scares, Aspy’s ‘crazed’ character is actually just trying to recruit musicians for his band. Embrace the weird and wacky Madhouse experience.

After an extended break, Wakan Phoenix are back with a brand new music video for their single High Waisted Jeans. Flying the flag high for classic blues rock, while still incorporating a refreshing sound, the High Waisted Jeans music video is literally an ode to everyone’s favourite high waisted jeans. Really, have you ever met someone who could live without them? Wakan Phoenix always bring a fun attitude to their music, but this video certainly brings something a little more interesting.

**Better Than Netflix is a regular round-up of the hottest new music videos created by QLD artists.**